I was introduced to Popay by street artist Seth Globepainter. I appreciate dedication to detail, but Popay takes it to another level. Working at around 3 square metres per day, he had meticulously painted lozenge shaped coloured blocks on to a 250 square metre wall in La Grande Borne, outside Paris. He was working with over 20 different colours, rotating them in a strict order so the edge of each lozenge would join a different coloured block. 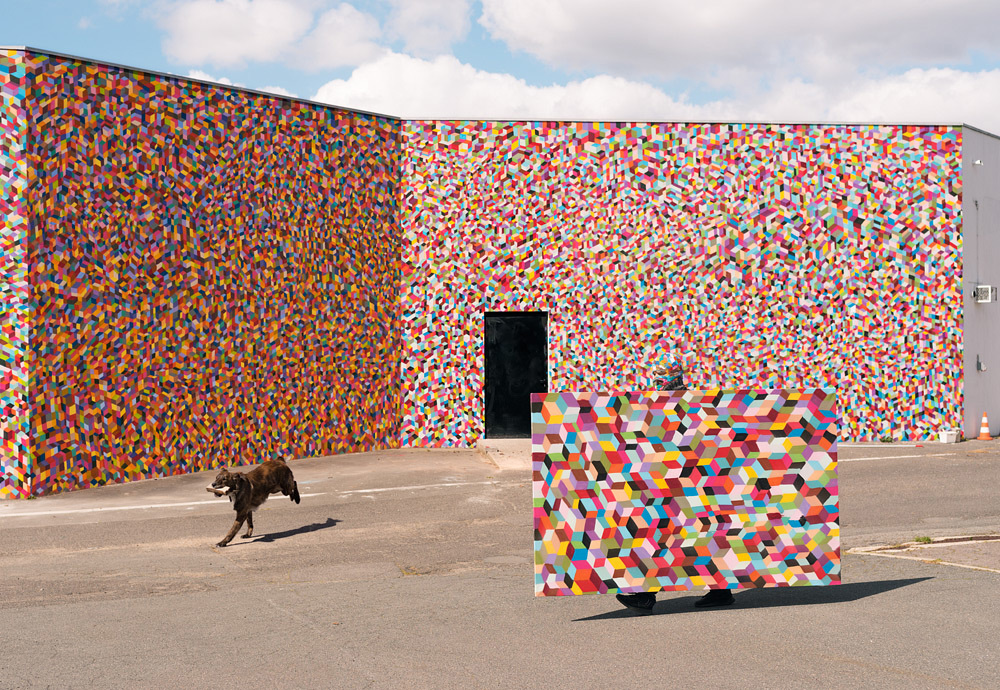 Close up, it seemed like a reasonable undertaking but stepping back the wall became a vertiginous mix of colours with a staggering level of detail. It put me in mind of the painted fishing villages of the Cinque Terre in Italy, houses sitting atop one another on steep hillsides, each painted in a different hue.

There was only one problem with photographing Popay: I knew this would be horrendous to knit. I tentatively sent Nina Dodd a picture of the wall. Predictably, she refused. ‘Maybe something smaller?’ I suggested, desperately searching for a solution, ‘A balaclava?’

Nina always rises to a challenge and despite much cursing, produced a balaclava in record time. 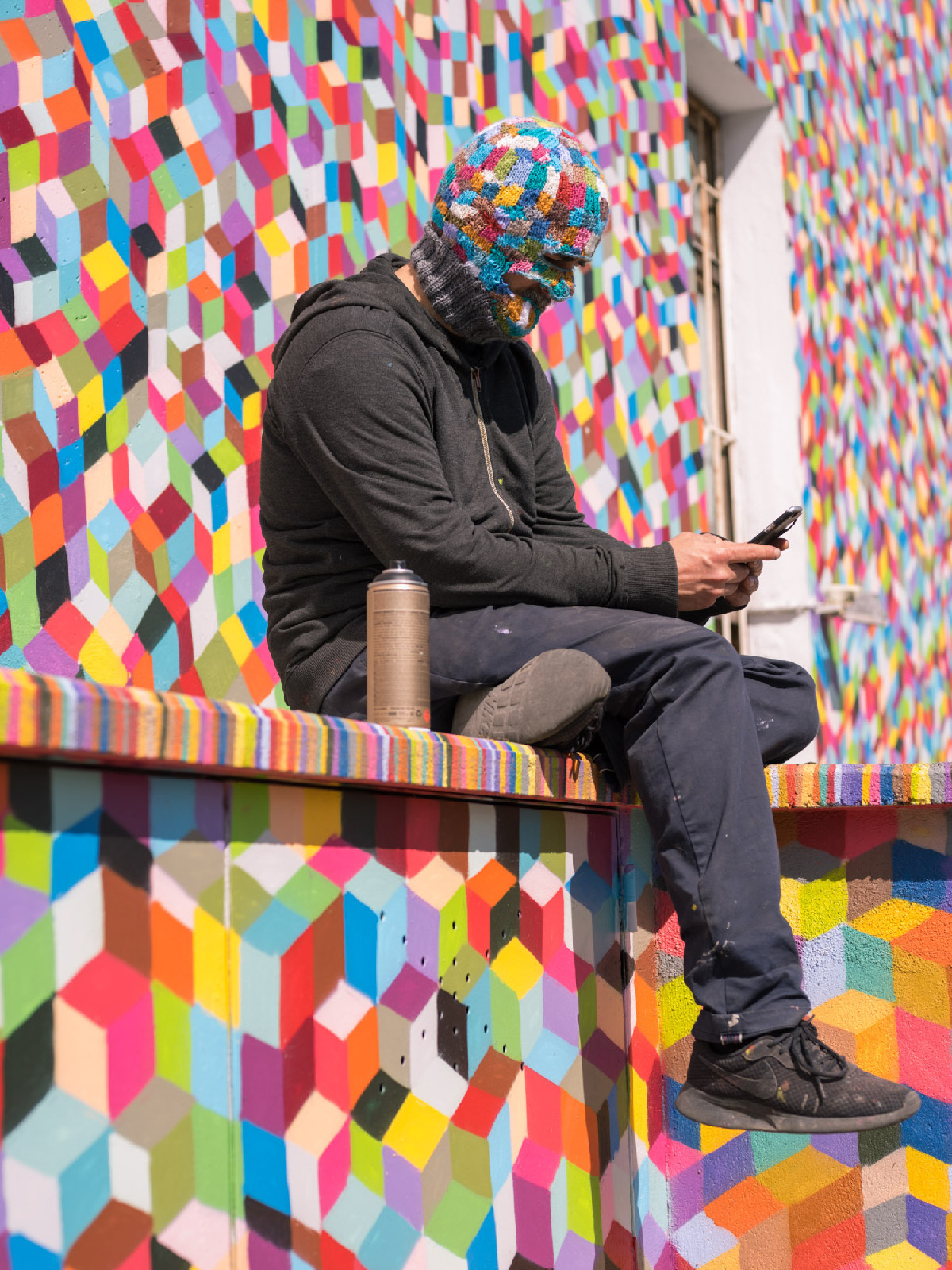 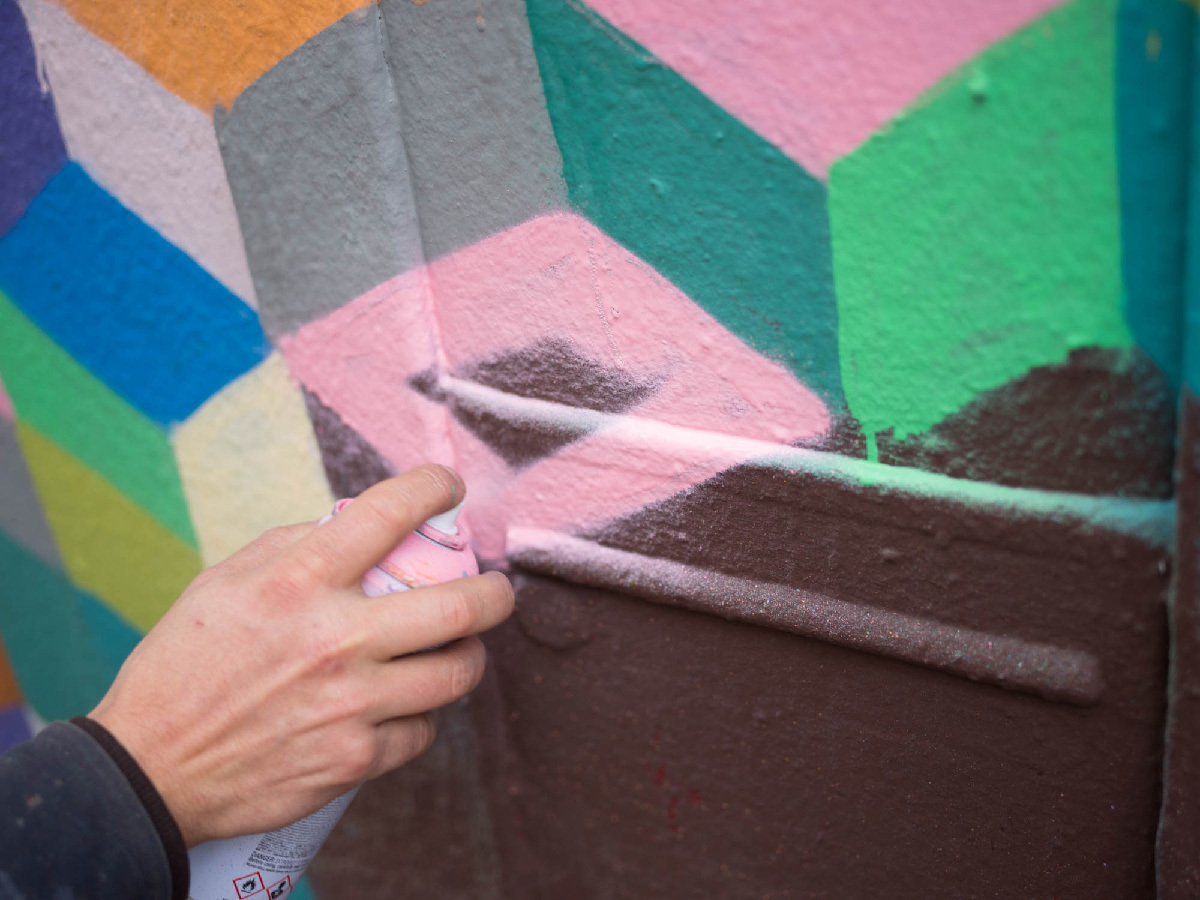 Popay’s attention to detail has gone to the extent of creating an artificial shadow effect: both wall surfaces in this pictures are in full sun, but he’s used deliberately muted shades of the same colours on the left hand wall, to make it seem as if it’s in the shade.

Conveniently he had also painted a large canvas so he marched up and down in front of the wall with only his feet visible, somewhat hampered by his over-excited puppy…

See the rest of the series here. 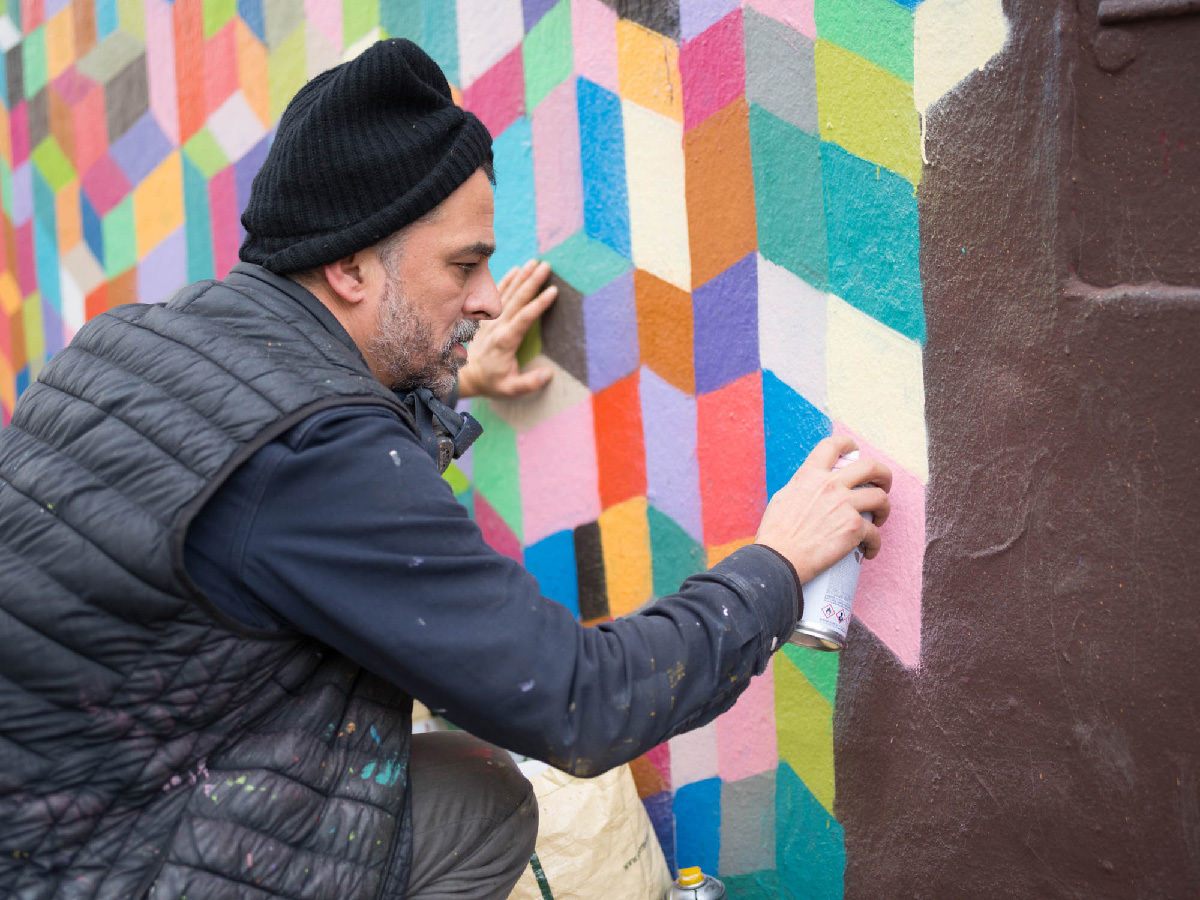 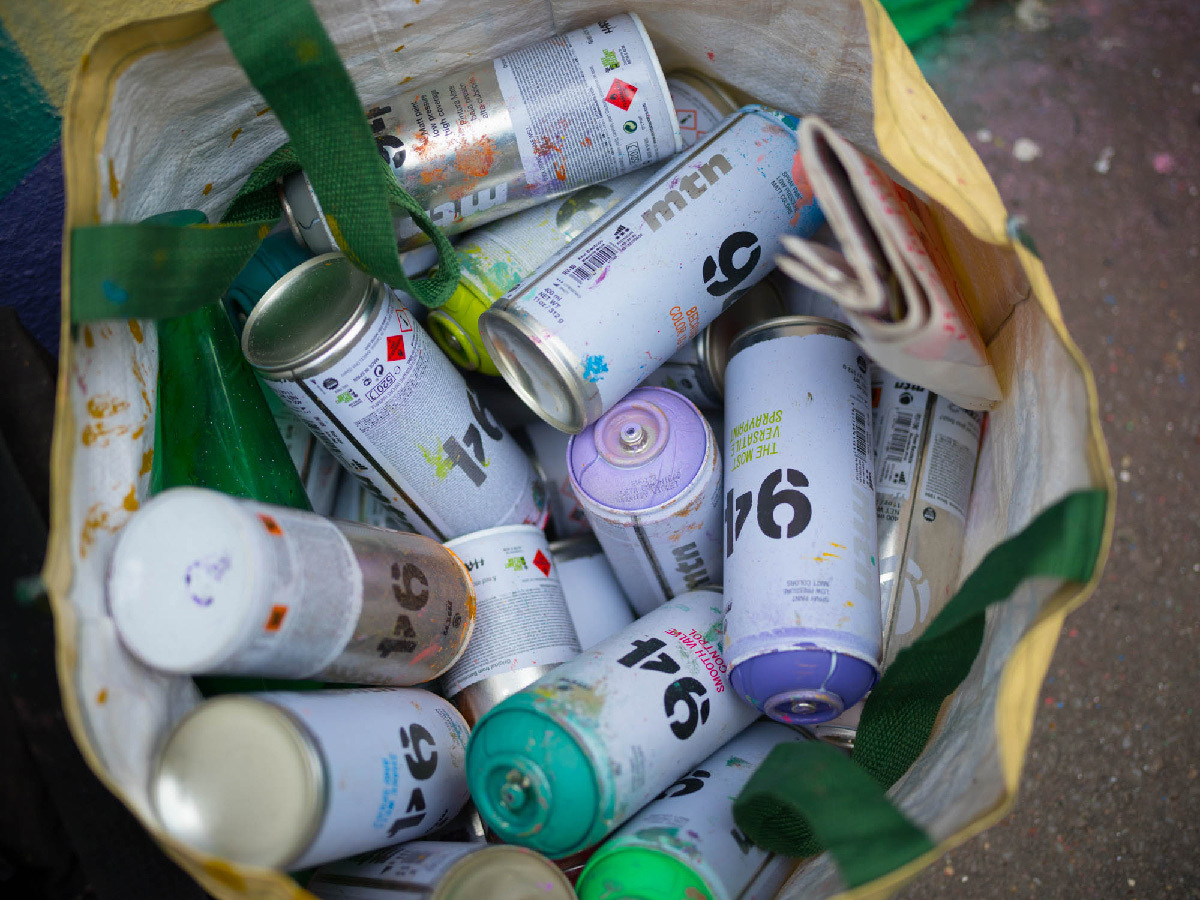 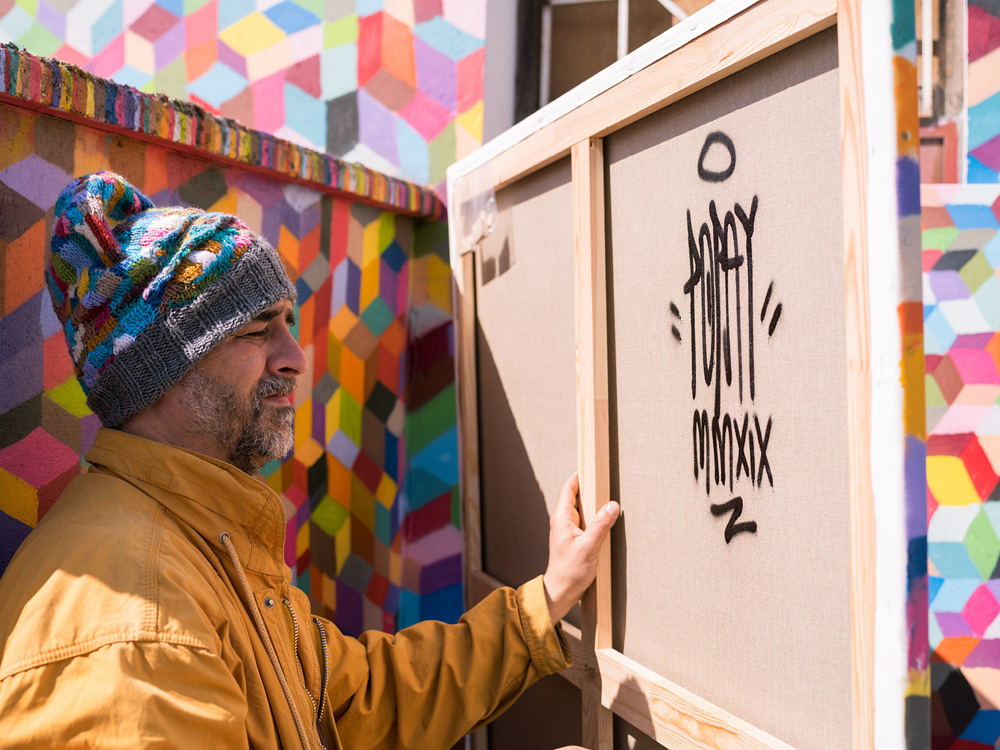